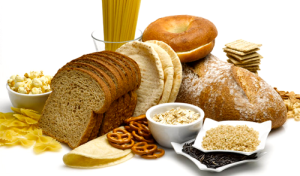 Do we need a vaccine for something that isn’t contagious and is simply fixed by changing ones diet. Are we really at that point?

A professor from Melbourne. Dr. Bob Anderson. The new hero in the vaccine world. A world of finding ways to keep us unhealthy.

Melbourne’s Lord Mayor stating “it was rewarding the fellowship had been able to turn Dr Anderson’s vision into a vaccine that would change many peoples’ lives for the better.”

News.com.au’s Grant McArthur stating: “VICTORIANS will be among the first in the world offered a vaccine hoped to cure coeliac disease. The world’s first coeliac disease vaccine is expected to enter full trials later this year, giving Australian patients a chance to overcome their immune reaction to the gluten found in products containing wheat, rye and barley.”

Dr. Bob Anderson who relocated from Melbourne to Boston to further his research into this “much needed” vaccine. He worked in Boston with biotech company ImmunsanT on the Nexvax2 vaccine. Giving him worldwide notoriety.

Now let’s have a look at the facts. Has there been a vaccine ever, that has been able to cure anything. Is being coeliac in anyway contagious? Why would any vaccine have the ability to cure something like this. According to many health professionals gluten are a real problem for the human body. Gluten are in essence a poison and like many poisons that we ingest it becomes a problem when we have too much. Gluten are more harmful to certain people which we then call gluten intolerant. But I have been told that we are all by definition gluten intolerant. Some just more then others.

So now we have a new vaccine. It is being called a vaccine. This is frightening. Why not call it medication? If it was called medication it would mean that people who suffer from coeliac disease would be able to do exactly as Grant McArthur implied in his comments.

So this just shows again that the pharmaceutical industry has no interest in curing disease and keeping people healthy.

But I guess this is where we are at now. “Curing” diseases that don’t need curing because we already know the cure. What is next a vaccine for CO2 poisoning. Because it just might be easier to keep on burning fossil fuels. A vaccine for asbestos. Because why take the asbestos out of our environment when we can just have a vaccine. Why not a vaccine for stupidity. Because that’s probably easier then educating people. Although they probably would need that one already.

So this just shows again that the pharmaceutical industry has no interest in curing disease and keeping people healthy. They are all about coming up with new ways of maintaining the status quo. You can’t tell me that they don’t know that in the long term this will still cause trouble. You might stop the immediate immune reaction, but are you stopping the poisoning of the body? Do we know that gluten intolerant people eating gluten aren’t going to suffer some longterm affects from this vaccine.

We know one thing for sure and that is that whatever happens the pharmaceutical companies will make money. In the short term by selling people vaccines and in the longterm by making them more unhealthy.

Seriously. Gluten intolerant people of the world. Just don’t eat gluten. I know it isn’t easy. I love my bread. But hey, we are talking the longterm health of your body. Your temple…..