Who is more corrupt – media, government, pharma or the so-called experts?

When a former health professional sees the light, we spend the rest of our lives wishing we didn’t, that it would all just go away, that it was just a mistake and just maybe we got it wrong. We even spend time trying to prove that we have it wrong, that the medical system is the noble, honest industry we once thought it was. Somewhere along the line the knives and scalpels come out against us and some go quiet for their own safety. Others start to investigate just why this response has happened – and then it comes tumbling down.

Any doubt we had, any hope we fostered that we were wrong in walking away, is vapourised as we watch our peers destroyed in the media, attacked by former peers who were once friends and colleagues, or even total strangers who have nothing against us than we do not agree with what they think they know. And somewhere along the line, the media jump in boots and all. This usually entangles the government in some way – whether it’s to cover up and safeguard their own kickbacks, or protect them from being exposed.

Any way it falls, the one brave enough to speak out or walk away is seen as the one at fault, even though their aim is to save lives and protect the innocent. Even if a mountain of evidence exists to show this corruption that is tantamount to mass murder – big enough to make September 11, the wars in the Middle East and the illicit drug trade look little more than naughty boys acting up at school. Whitewashing and clever spin are ongoing, well paid and very real roles – capable with a few words – and lots of money, to make the trouble disappear overnight. And what has dirtied up medicine for decades, is now drawing in complimentary/alternative healthcare. Back stabbing and cutting adrift of anyone who makes them feel uncomfortable – and newer graduates especially, already affected by medical influence are just as capable of attacking as their medical counterparts.

For many years, experts who are dealing with the fallout of pharmaceutical deaths and injury – including vaccination injury and death – have been calling for a compensation scheme to be established. The government – led by the TGA and AMA – refuses to allow this to happen, even if, like the Americans, Australians decide to make it only if no one is held liable. All this, despite thousands of reports every single year in Australia alone.

Cancer is not the leading cause of death in the first world today, despite their best efforts. Rather than admit error, more and more diseases are invented annually – we are now up to around 10,000. Yet all disease can be traced back to just a few causes – environmental, dietary, mechanical (injury) and medical poisoning – and yes, each of these can in turn include hereditary.

Let’s consider this – iatrogenesis – or injury/death caused by medical error or side effects accounts for :

Various and numerous media articles confirm that thousands of iatrogenic deaths occur in Australia per year. Australia’s investigative journalist John Archer used public domain medical literature to guestimate that Australia had 50,000 iatrogenic deaths and 750,000 permanent injuries per year. Yet our government’s official report is jus over 250 deaths annually. That is supreme corruption and disregard for the very lives they claim to care about.

Our government does know about this and the deliberate cover up has the masses rushing and queueing for medical and pharmaceutical ‘help’ 24 hours a day, 365 days of the year. Hansard has at least part of it on record and demands for investigations have been made for years. All on deaf ears. 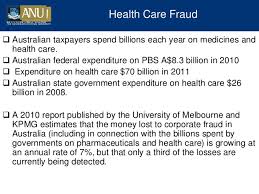 Murdoch-owned media tell another story. Vacuous ‘informers’ like Mia Freedman (Mamamia) keep the lies going – no doubt for a good payoff. How else does a blogger afford a $12million dollar Mc-mansion? Aside from her money saving outsourcing and underpaying the poor in India, it doesn’t take a rocket scientist to find where she gets her kickbacks – a veiled attempt to con her readers into thinking she actually cares about life – hit issues like depression (medications of course) and (drum roll….) ‘miracle’ drugs for female health care with horrific side effects that read like Freddie Kruger’s next film – and without an ounce of research into the concerns it is linked to breast cancer. I guess that is a good impetus for her going on to promote pink dollar, cancer funding awareness and all the social rot that goes along with it. She is the media darling of the pro vax brigade. Mothers who have zero background in medical research actually believe this woman and don’t care that her lies are responsible for the very things she claims to be concerned about. Ho hum.

At least one Perth university is teaching pre med students of the ‘dangers’ ofnatural medicine. No surprise there, considering the PAN debacle of the earlier part of this century. Along with our government Big Brother, the TGA and AMA buddy system, the same thing that is happening around the world – with the EU and FDA/CDC puppet masters – ad hoc destruction of alternative health in all its forms. From blanket statements like ‘it doesn’t work’ to deliberately making supplements toxic, it’s a very real effort to prevent the public from having a real chance at health.

“Hey people, you are our gullible puppets – don’t take something that could save your life without danger. Take this poison. Let us cut you open. Let us pump your newborns and pregnant women full of toxic chemicals that are not safe for our scientists to touch with bare hands. And when you become sicker, we’ll have more poisons, more new names for disease. Fancy diagnoses. But whatever you do, don’t you dare take anything safe. It’s dangerous!

Forget that we have actively stamped out the original medical system, burned them as witches, lampooned them as snake oil merchants, destroyed lives and careers. Don’t ever think that we don’t care about you(r money). It’s ALL about you(r money). We will do ANYTHING for you(r money). And each time those dreaded alternative therapists get close to exposing us and being registered, don’t worry – we have millions to make all that go away.”

Adverse events are not all reported, yet ONE single pharmaceutical product that happened to have a herb content, brought down the entire natural health system because a girl died and they – as usual and as recently happened – jumped at a chance to use the bereaved parents to do their filthy bidding. No one cared about whether she had recently had a vaccination to travel. No one cared that the medical system boasts of never acting on anecdotal evidence. Too many people are waking up – so hey, let’s change the marker posts for what constitutes an adverse event. Instead, how about we muddy the waters and have ‘near’ adverse events.

This is formulated by pharma, spruiked by pharma representatives and medical experts alike, advertised heavily within the media and government approved.

“Fairfax Media recently revealed research by the parliamentary library which found the top five pharmaceutical suppliers to the PBS, which include Pfizer, Novartis and AstraZeneca, received $2.8 billion in public money last year.
Their total Australian sales were $4.8 billion but they paid just $53 million in tax between them or roughly 1¢ in tax for every dollar earned in Australia.” This is the PBS scheme – one that drains tax payer dollars every day. “In 2012, GlaxoSmithKline was forced to pay US tax authorities $US3.4 billion to settle a transfer pricing dispute.

Johnson & Johnson, which paid just $20.7 million in tax in Australia in 2013 (from) sales of around $1.5 billion.” Squeaky clean ‘family-focused’ company.

“Glaxo Smith Kline (GSK) has been fined $3 billion in the largest healthcare fraud case in history” but that company is not alone.

“Pfizer, was forced to pay out more than $2 billion in criminal and civil penalties for a vast catalogue of wrongdoing, including providing kickbacks to doctors.”

“Australian doctors have written more than a million prescriptions for the heavily marketed diabetes drug Avandia – a drug belatedly found to increase the risk of heart attacks.”

Over 30,000 pharmaceutical promoting events are held in Australia alone every year – in hotels, hospitals, resorts and restaurants. But our greedy, grubby government is either powerless or unwilling to stop it. If powerless, why? Is the pharmaceutical industry really more powerful than the government? And if unwilling – again, why? When do financial incentives get tired?

I’ve known doctors who travel regularly in 1st class/5 star comfort, funded bypharma kickbacks, receive new luxury cars, computers and cold, hard cash on a regular basis. I once had a rather public stoush with a Perth’s northern suburbs doctor over his insistence he did not receive bribes or kickbacks. Just a matter of years later, his name appeared on a list of doctors investigated for this very thing.

One thought on “Who is more corrupt: Government, media, pharma or the experts”